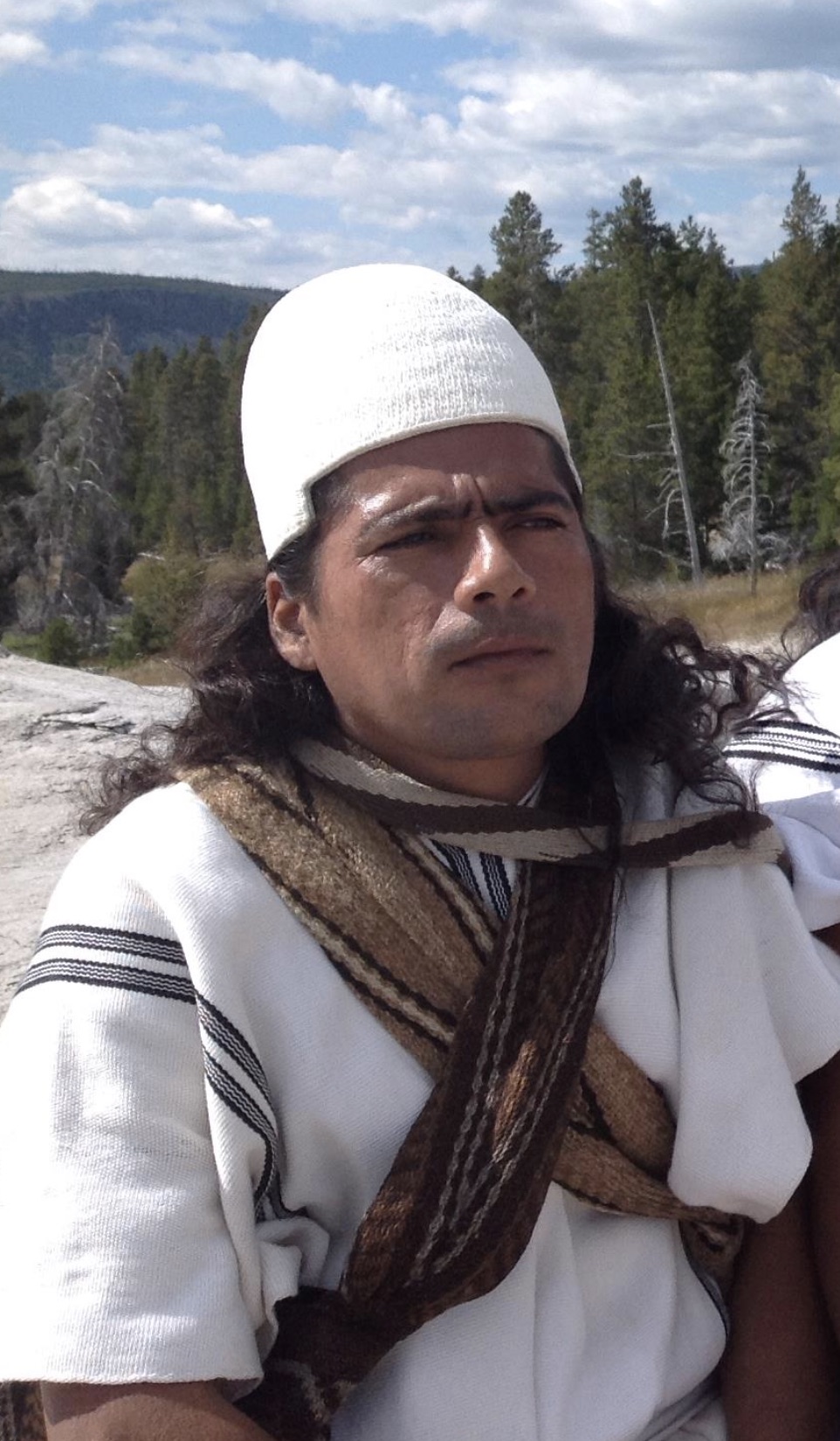 ‘Don’t Say They Didn’t Tell Us’

Compiled and translated by Amanda Bernal-Carlo, President, The Great Balance

‘Don’t Say They Didn’t Tell Us’

We, the Mamos from the Heart of the World, that is also the Heart of the Universe, from our Sacred House. the Sierra Nevada de Santa Marta, Colombia, greet all our younger brothers and sisters of all the races of the world, the great brotherhood, all masters, the lightworkers, all of those who are on the path to change consciousness, to those who are awakening to a new consciousness and also to all those who are still asleep. We invite you to reflect on what is obvious, what everyone is talking about, the message that crowns us all as a single unit, in a single pain, in a single suffering, as a single humanity that suffers, cries that it is broken and that has to rise empowered, different, freed from incomprehensible egos, from values that did not help, and from powers that left us weak and tired of carrying them and that did not help when we needed them most. The Mother spoke, life shouted it in our faces, nature revealed it, the unintentional fires screamed it as a Truth.

But we did not hear them, because we were busy with grandiose work for ourselves, because they did not touch us directly, because we were busy building a better tomorrow without knowing for whom or for what. Today, we cannot say that we were caught off guard, that we were not warned, that it was a surprise. Don’t say they didn’t tell us. We, the Mamos who have learned for hundreds of generations and lineages to take time to develop communication with the higher and lower dimensions, who lived for 18 years of our present life learning to silence our minds, to desensitize our biological bodies and our senses, to extinguish our egos, to put our minds to sleep so that they do not judge, do not sentence, do not condemn. In those years and until the end of our existence we continue to learn to be Mamos, by sharpening the senses of the higher being and training ourselves to perceive, with the senses of the soul and the heart, the whisper of the divinity carried by the wind, the breeze, the waters, the clouds, the mountains, the animals, the forests, the very small like the bacteria, the visible and invisible beings, as the guardians of our Sacred Sites. We have learned that they speak with the innocent laughter of children, in the old wisdom of the one who is already leaving, with the color of the clouds, in the melting of the Chundwas (snow peaks), in the birds that stopped flying, in the volcanoes that woke up perplexed and began to roar until they made Mother Earth tremble.

We the Mamos read it, understood it, witnessed it when the slow and accurate walk of the father sun changed, hugging Mother Earth until she was burned, and when the lunar cycles no longer aligned to direct life, the planting time and the harvest. Younger brothers and sisters, the things that may seem insignificant to you have an enormous meaning for us, the Mamos. In every natural event, in every manifestation the Mamos see a messenger and a message, a guardian, a teacher, a counselor, who offer us the opportunity to hear, to dialogue with them, with Mother Nature and with Mother Earth.Thus, we learn the power to lead without insisting that others follow us. We call those viruses, bacteria, those who do good things for us or who plague us, or alter our time and space, our Elder Brothers. Today, one single tiny entity is producing a huge disturbance forcing all of us to make a stop on our sacred pathway of life.

For us, the Mamos, when Mother Earth had her first dawn everything was manifested from the spirit, in Ánugwe. Then, everything was manifested in Ti’na. Ánugwe is the immaterial force of existence, the intangible and greater “Law Force” that governs and controls everything that exists in nature and in the cosmos. Ti’na is the force in the material way, visible and manifested from Ánugwe. Thus, all kingdoms, animals, plants, waters, rocks, and everything that exists are manifested in Ti’na. They came first, ahead of us, in Ánugwe,where they manifested as the supreme force of life, of creation, and thus they had tocontinue in Ti’na. We were the last to arrive in Ánugwe and Ti’na. We arrived yesterday, and although we have not yet been able to understand what we came for, or why we were the last, nor what would be our sacred mission, or why did we come to be with the elder brothers, we became their executioners and as cannibals we began to consume and destroy many of them. We have altered the order established by the Most Sacred Law of the Universe, the Law of Origin, which is the Law of Order, of life and of respect for the inner being We have not learned to put ourselves at the height of Mother Earth, nor of Nature. As capricious children blinded by the power of reason, we begin to change everything, destroying, annihilating everything in our path.

We were so powerful that in a blink of an eye we overheated the planet, thawed the poles, causing many brothers of flora and fauna to disappear. We polluted the breeze and the air. Very few have acted with a consciousness of transformation wanting to change the system. That chaos is what today governs us. Until now, we were playing with fire. We put ourselves off balance. And then, a virus, the smallest of the elementals, the most insignificant creature before the eyes of the younger brothers forced us to stop the pursuit of the race, without knowing after what we were running. That virus became a great teacher, an authentic messenger.

From our communication sites with the portals from the different dimensions, we, the Mamos, perceive that this teacher is fed by fear, vibrates with it and is empowered by the fear that he perceives in all of us who feel terrified of losing what we have, what we built or planned to build. As humanity we have been crowned with the vibration of fear. From the Sacred sites the Guardians send us courage and we Mamos add to this courage a good dose of solidarity, unconditional love and self-confidence in ourselves to spread it to others as an effective shield against fear.

We, the Mamos, speak with Mother Earth, we speak with life and with beings from all kingdoms. From our sacred offices we ask for forgiveness, first for ourselves, our neighbors, the breeze, the water, the animals and the plants. We heal them, we balance them, because by healing and balancing our Elder Brothers, we heal and balance ourselves, because everything is integrated into the whole by interacting with each other and with ourselves. Only when we achieve the new balance will the New Humanity be empowered by solidarity, giving way to the New Earth, promoted, honored, respected and loved. Then, not only will pure air be possible, not only will healthy animals be possible, will plants be possible, but each element, each being will be fulfilling its mission, without being destroyed, violated, by what is called development, civilization, modernity and which we, the Mamos, call unconsciousness.

Our Sacred Mother Earth will be protected when we as humanity make the resolution to do things respecting and revering all life. For us, the Mamos, this is an invitation to change and transform ourselves without aggression, with love and kindness. It is something that you talk about the transformation or mutations that modern viruses are doing. The Mamos see this as an approaching reality that we can reach with the greatest humility that will assist us with the absolute truth of being able to apologize to ourselves and to all brothers and our elder brothers, to have a change in attitude, a transformation of consciousness and habits of thinking before this sacred planet, before this sacred mother and before our sacred elder brothers.

We have demonstrated how powerful we are to change, to transform. Let’s use the same power to mutate our consciousness adding a strong dosage of love, compassion, respect and reverence for life without rejecting with pride or arrogance the elder brothers of nature, because they were here ahead of us. Mother Earth, the Guardians of our Sacred Sites, the Mamos of the Chundwas are calling all of us, mobilizing Mamos and younger brothers and sisters to work together bringing that change in humanity and in the world. May power, light and love be with all of us to make that transformation during this time of change.

Compiled and translated by Amanda Bernal-Carlo, President, The Great Balance

No Digas Que No, No Lo Dijeron. 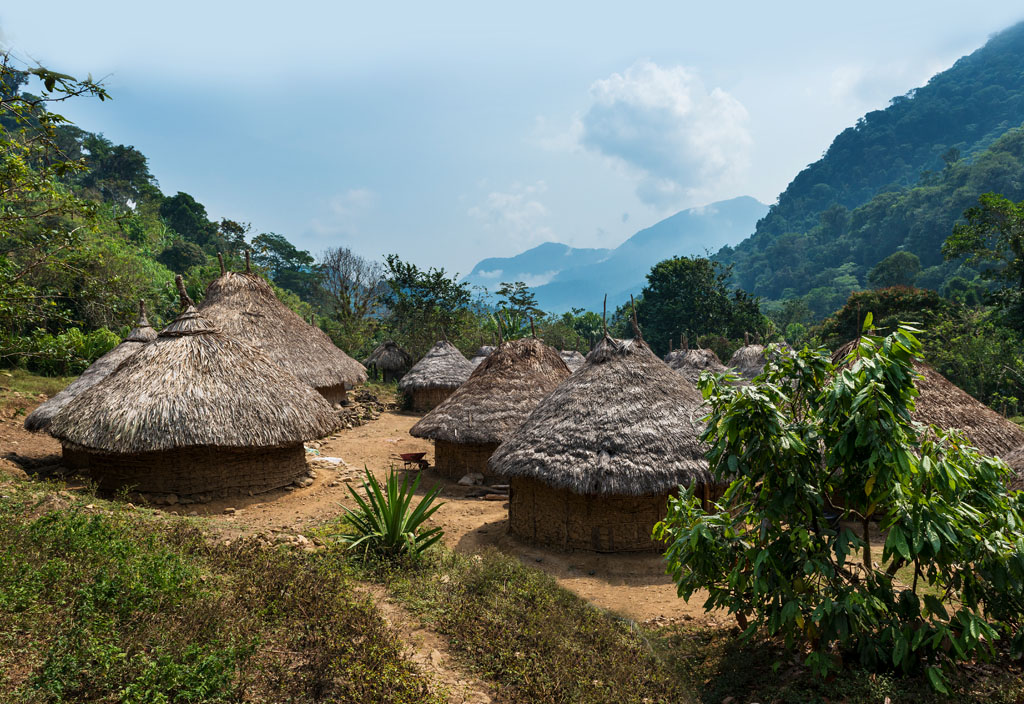