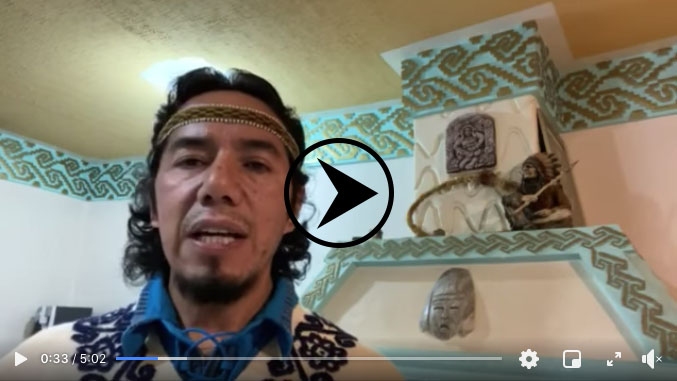 The Spirit is Action – A Call for Justice

The Spirit is Action

A Call for Justice

The Indigenous Peoples of the world are the ones who care for life and the Earth, our Mother, since time immemorial. It is time to recognize our work and that others recognize it fully. We are the main guardians of Diversity and Biocultural Heritage in the world. The greatest biocultural diversity is found in our territories, and this is thanks to our material and spiritual practices, which are based on the ancient wisdom of caring for life and relating with the sacred.
Our territories and the collective life of our peoples, both material and spiritual, are seriously threatened by the increasing deterioration of ecosystems and territories resulting from neoliberal economic development. It is urgent to halt ecocide and ethnocide not only to protect nature but to protect its guardians. If we want to protect the biological diversity of the world, it is necessary that national and international entities give absolute guarantees of protection to indigenous peoples, and especially to their spiritual and material leaders.
The historical and recent events of assassinations of indigenous leaders throughout the world have being taking place since the invasion of our territories. The Doctrine of Discovery has been in effect for at least 520 years and the colonial process of domination has been, and still is, devastating. Among other acts against life that we witness and suffer daily, we see with horror that those exercising ancestral spirituality in their own right are being victims of practices from the times of the Inquisition.
On June 6, Domingo Choc, Maya-Q’echi, a Spiritual Leader and Traditional Maya Healer, was burned alive in the Chimay Village, San Luis, Petén, Guatemala. A number of Pentecostal evangelicals set him on fire accusing him of being ‘a witch’. They killed him for practicing Mayan spirituality and, as inquisitors, they did it in proclamation of their Christian faith.
This aberrant and horrendous event is not an isolated case, for it happens often in many countries of the world. In Colombia, Brazil, Chile, Mexico and in other countries and continents such as Africa, indigenous spiritual and material leaders are assassinated or arrested for who they are and what they do—which is only in benefit of a good life for the community.
Taking into consideration the circumstances that led to this act, we demand Justice in the following terms:
1. Criminal and spiritual punishment to the material authors of the murder of Domingo Choc, basing the criminal punishment on articles 36 and 66 of the Political Constitution of Guatemala which refer to freedom of religion and that recognize the ethnic origin of the nation.
2. Granting of protection to the spiritual and material guardians and traditional authorities of Indigenous Peoples of Guatemala, Central and South America and the World.
3. Establishment of an inter-religious and spiritual dialogue to raise awareness and application of spiritual justice based on religious norms.
4. Investigation of cases related to bioprospection and access to traditional knowledge of medicinal plants in the territories of Indigenous Peoples.
It is time to promote the unification process with dignity, recognizing diversity. We all have rights, and we all have the responsibility, individually and collectively, to promote intercultural and inter-spiritual dialogue.
With respect and self-determination, on day 10 Reed, Zanbatha, Valley of the Moon, México. Mindahi Crescencio Bastida Muñoz
Otomi-Toltec
Member of the Alliance of Guardians of Mother Earth
With the support of: Center for Earth Ethics and
The Fountain 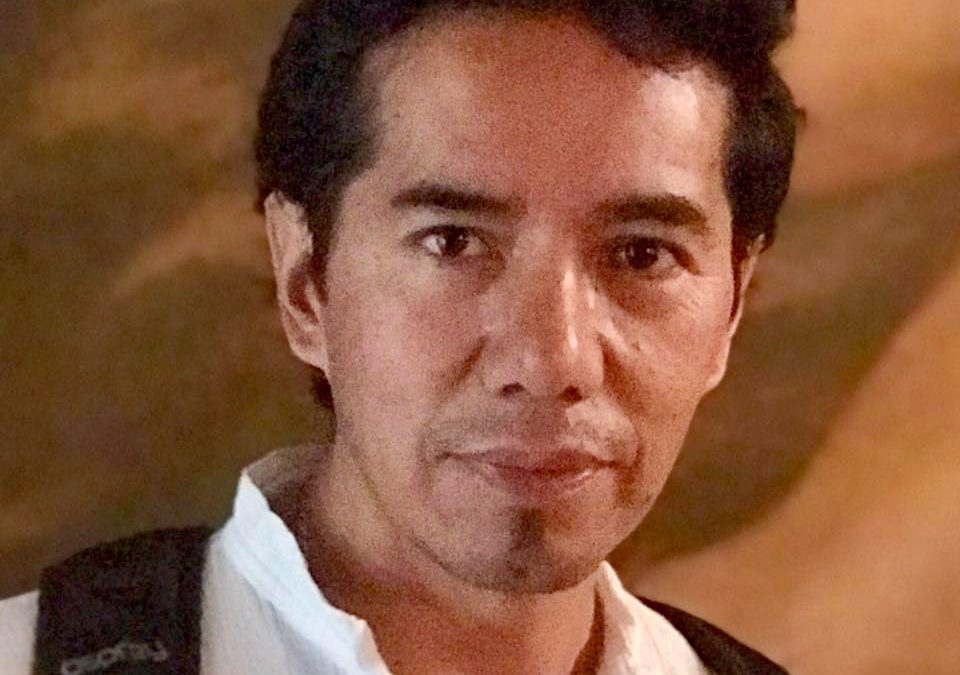 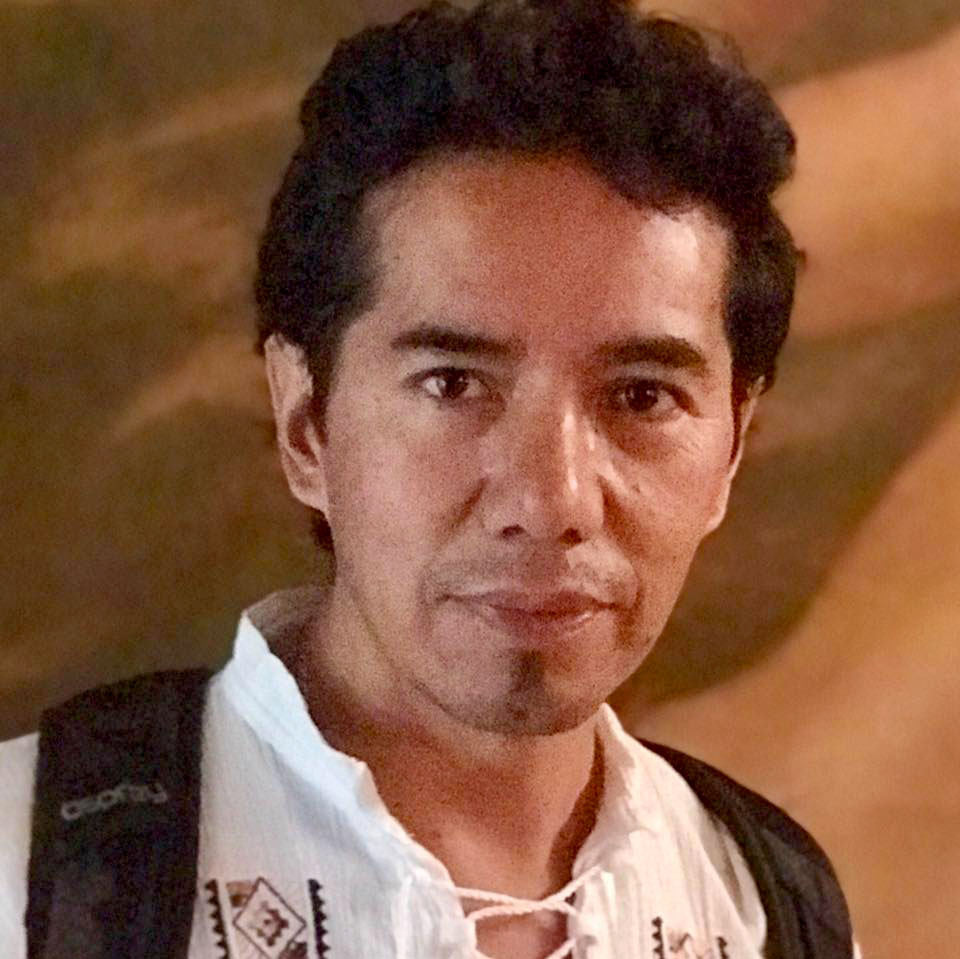 They knew that it would be a time of destruction and degradation. They knew that the last fifty-two years would be the worst, for by then every single aspect of Creation would be completely eroded. They knew that starting on 2012, year 1 Flint, Mother Earth would start a thirteen-year cycle of cleansing until year 1 House, which is 2025. This cycle was announced as 4 Movement, because it refers to the Four Elements moving powerfully together, which means, Earthquakes, Fires, Hurricanes and Floods.

As you can see, I have not mentioned people as agents of that destruction and degradation. But we know that we are participating in the cycles of life with Mother Earth. So, the destruction that started in this continent of the Americas in 1492 led to the degradation of biocultural traditions, exerted by civilizations that had chosen to stop respecting and relating to the cycles of life. Those civilizations thought that their purpose in life is to achieve salvation, and that it did not matter to kill, destroy, or extract, if by doing that they could get a place in heaven.

We accompany Mother Earth in her cleansing process with much respect, acknowledging that this is her time, and we are paying close attention to all that is unfolding during these thirteen years. We are sharing what she is communicating with everyone, and whoever is ready to listen and take in with wisdom and humility, will know what to do, how to behave, what to change in their way of life.

All of us have a chance to rise to a new level of consciousness, with an attitude and a renewed commitment of living with Mother Earth.